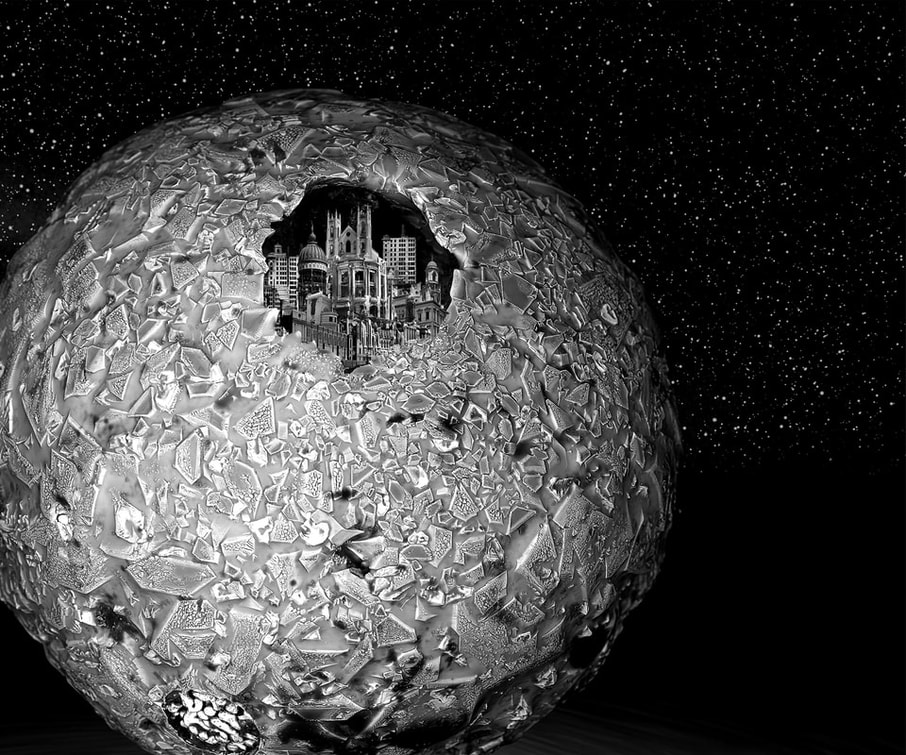 City of God (San Francisco, 1906), archival ink jet on rag paper, 25" x 30" unframed
The series Cities of God is named after Saint Augustine’s 5th century attempt to reckon with the fall of Rome in relation to Christian beliefs in the 5th century. Similarly, this work reflects on the irreconcilable differences between our individual place in the world and the scale of global climate disaster.

Photographs of the aftermath of cataclysmic events like the 1906 earthquake in San Francisco and the 1889 flood in Johnstown, PA, are sourced from archives and used as the basis for new architectural constructions devoid of human inhabitants. These rebuilt and now-empty cities are reconstructed on the surface of micrometeorites, cosmic spherules of less than .4mm in diameter, first found as space dust on the surface of the earth, and later photographed through Scanned Electron Microscopy. In the midst of a black void, perhaps a symbol of all that is incomprehensible to the human mind, or the vastness of deep space, man’s ingenuity and drive persists even when broken or left as a relic.

The series draws upon a number of cultural sources. Fourteenth-century Sienese School painters like Sassetta, influenced by Augustine’s descriptions of the New Jerusalem, painted images of their City Republics floating in the sky as representations of Augustine’s heavenly city. Humans’ long preoccupation with unidentified aerial phenomena such as asteroids, meteors, and unidentified flying objects, and the attempt to explain such phenomena through spiritual narratives is also an inspiration. The 1552 Augsburg Book of Miraculous Signs, a German manuscript full of intriguing drawings of omens, prophesies and signs from God, is exemplary in that regard.  A more recent reference for this work is the sets, staging, and modeling of outer space in mid-to-late 20th C science fiction films.
​ 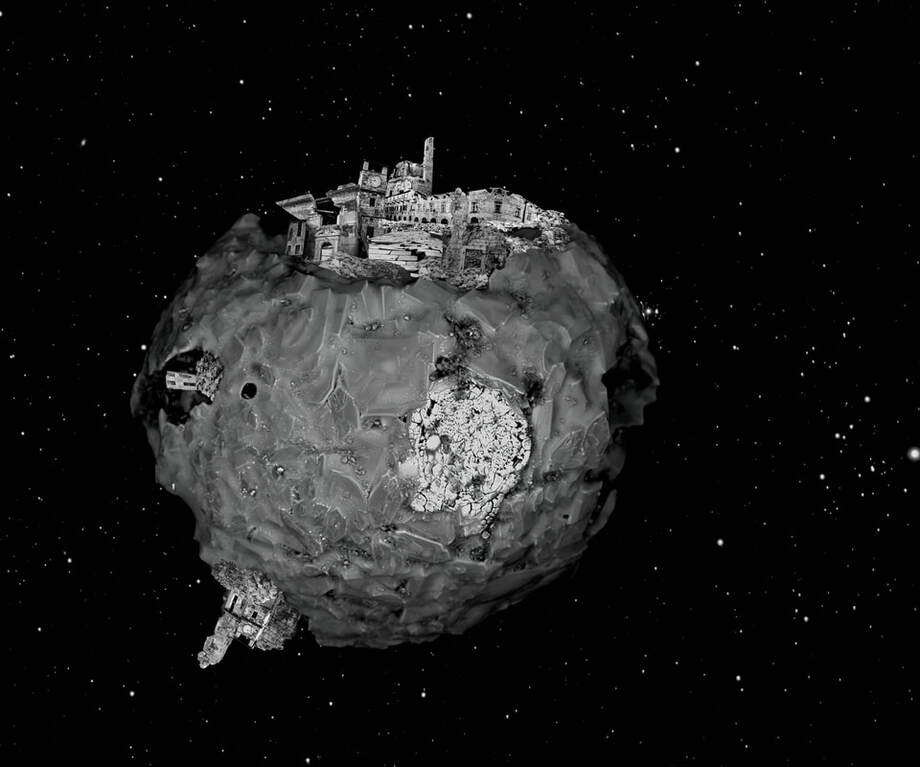 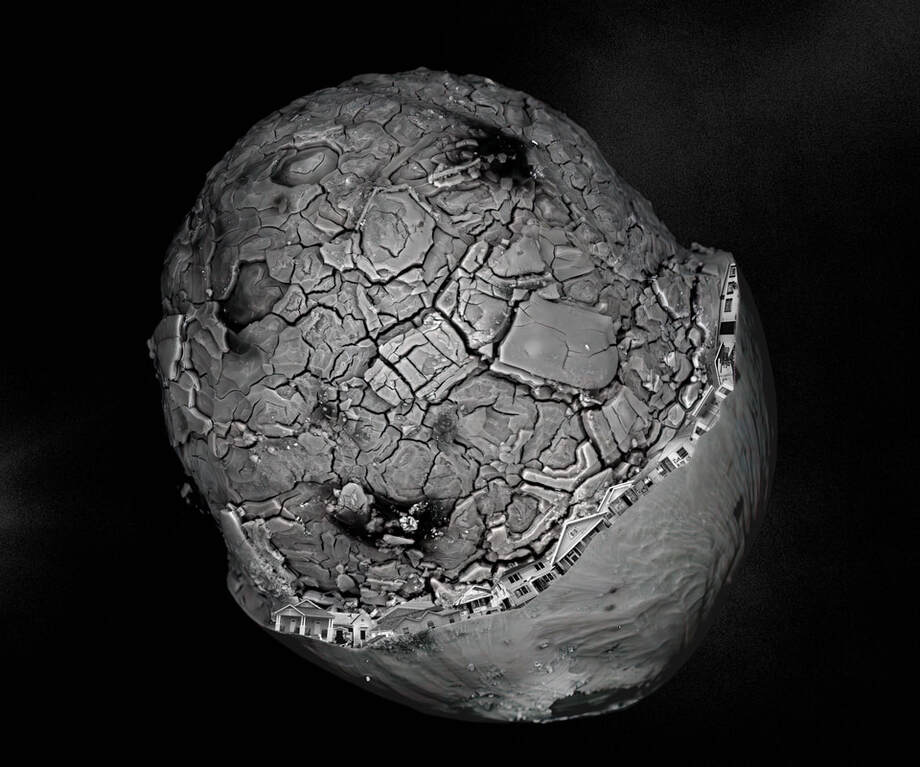 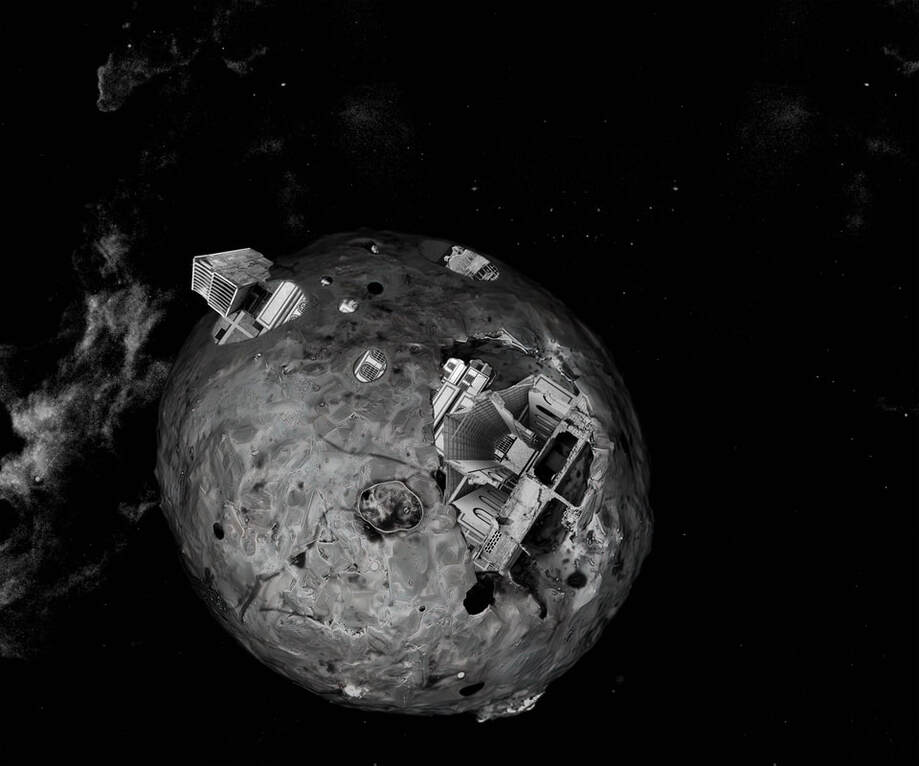 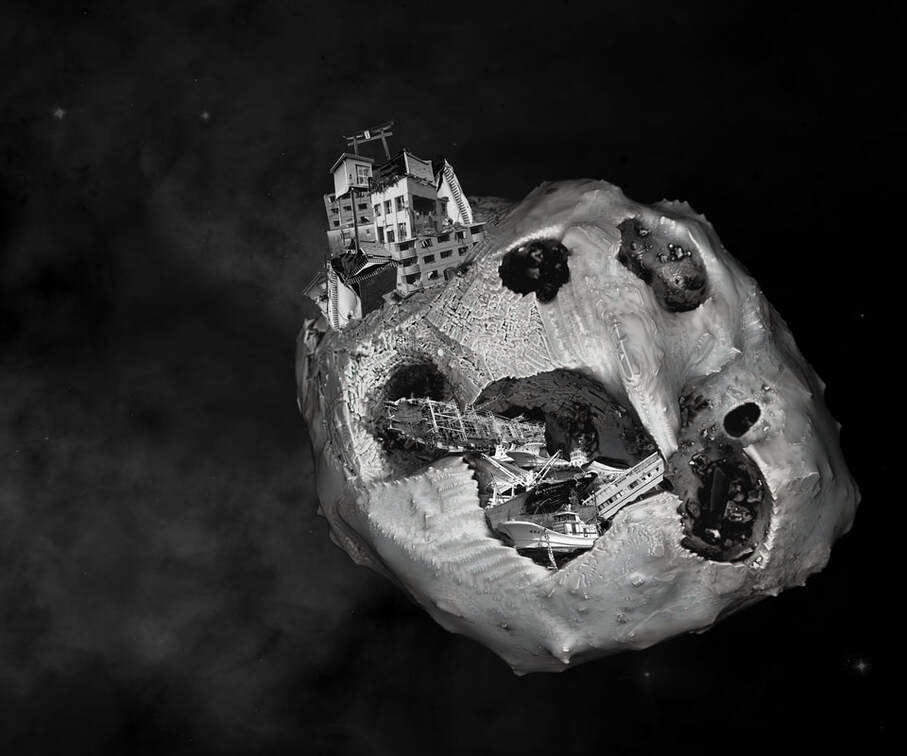 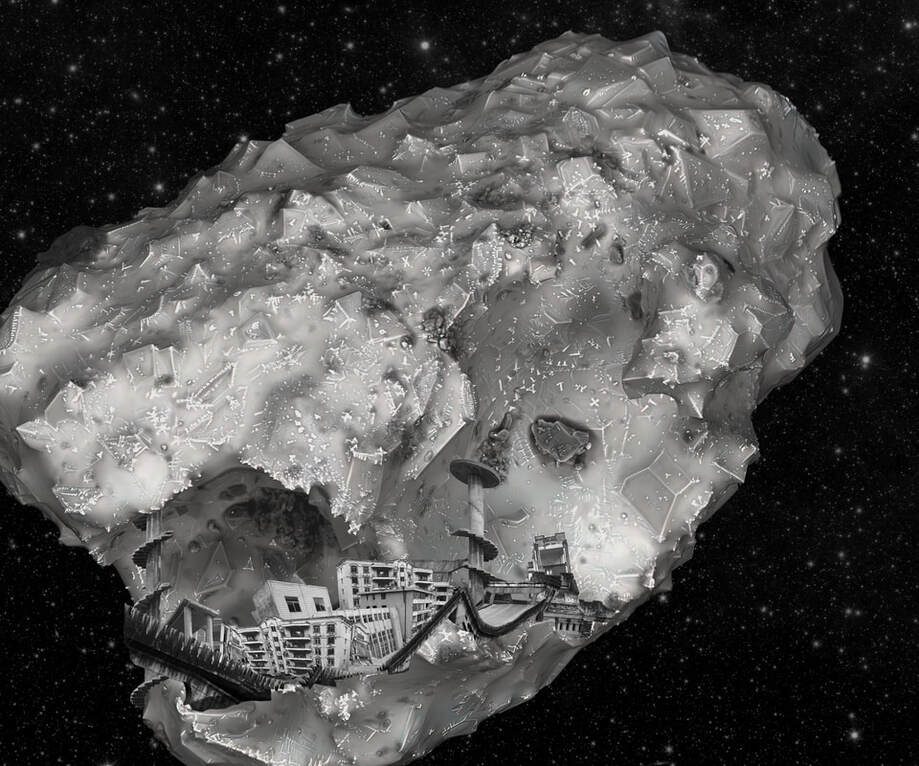