LEAH MODIGLIANI
Spectre of the Future Accused
Sept 30, 2017
Nuit Blanche, Toronto, curated by Barbara Fischer
Scroll down for more photos; all photos on this page credited to Yuula Benivolski 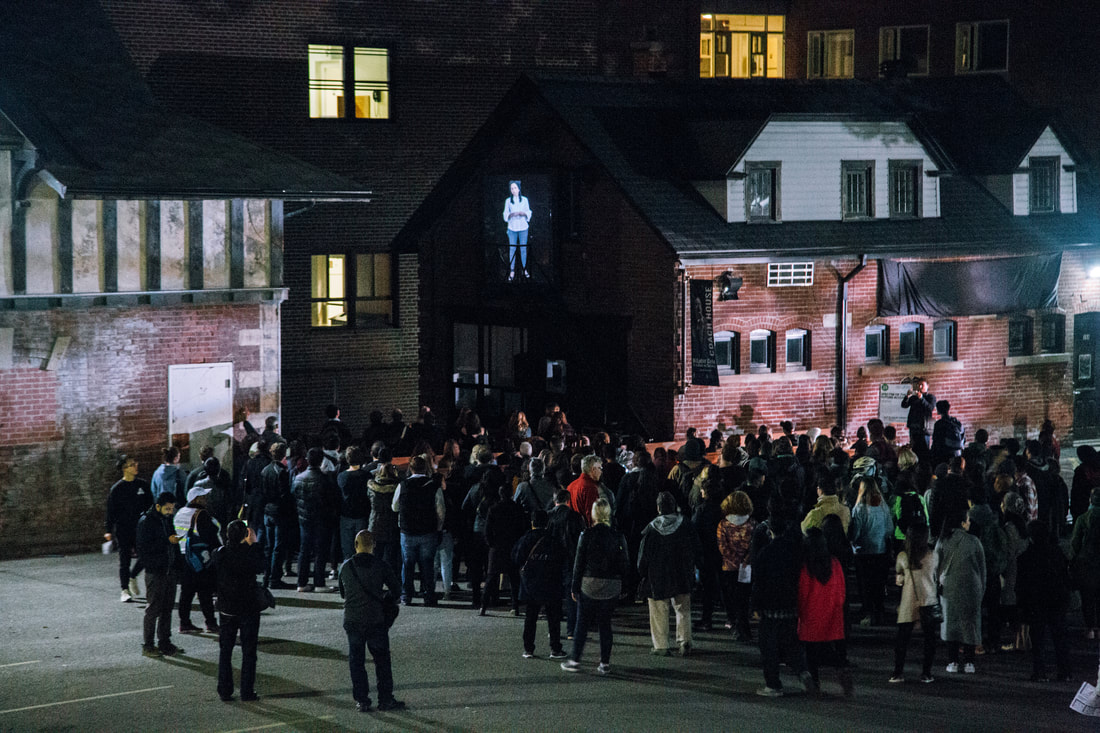 LINK TO SCRIPT FOR SPECTRE OF THE FUTURE ACCUSED

Nuit Blanche was occupied by a spectral presence on Sept 30, 2017. From dusk to dawn, a holographic video projection of Canadian Socialist and publisher William Arthur Pritchard (1888-1981) appeared on the landing of the fire escape of the old coach house (now University of Toronto’s Centre for Culture and Technology) to address the Nuit Blanche public gathered below.

Pritchard's speech, projected into the space in front of the coach house and towards the adjacent parking lot through loudspeakers,  no longer one hundred percent his own, was adapted from a trial transcript of his 20-hour-long defense against federal charges of Seditious Conspiracy and Common Nuisance for conspiring to organize the Winnipeg General Strike of 1919. That year, Pritchard used his time in front of the jury as a ‘teaching moment;’ educating them, and by extension the Canadian Public, on the global history of socialism and the ongoing struggles of the working class. His speech, like a meandering and intimate conversation, encompasses multiple references including social and political history, philosophy, literature, and law.

Instead of leaving the speech as originally transcribed, however, I have adapted it, and rewritten it in places to conform to my own biographical life experience. This re-writing is a form of critical appropriation that communicates my own political point of view through identification with historical figures; a working process I have developed through my rewriting of political speeches by Emma Goldman, Alexis de Tocqueville and Franklin D. Roosevelt. This new speech, written by a Canadian-American woman one hundred years after womens’ enfranchisement,  the personal, forever political, is renewed by the conflicts of the current day, vocalizing a changed but renewed solidarity with the struggles of the past.

The small coach house was a vital component of the artwork. The Centre for Culture and Technology is an important historical site of learning about technology, culture and communication. In this place Marshall McLuhan once taught a younger generation what to expect from a shrinking global village and the new behaviors it would engender. As such, Spectre of the Future Accused dis/embodies Marshall McLuhan’s theory of art-making as Distant Early Warning System. Like the arctic radar stations that once stood guard against Soviet military aggression, McLuhan believed artists could intuit and signal a world still to come—channeling that future into sometimes disturbing revelatory images and effects. McLuhan himself proved to be a distant early warning system, prophesizing the social effects and behaviors of media-saturated lives in the digital world.  In this new context, Pritchard’s memory, digitally and textually-altered, is the ghost of Western Past and Western Future.  S/he will hover in the 2017 darkness between 1917 and 2117, reminding the public that they adjudicate the past, present and future of the social contract. 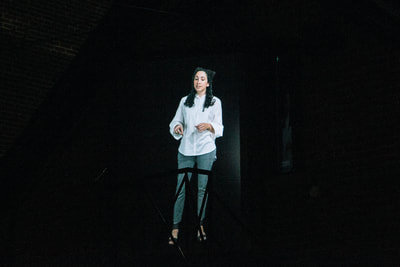 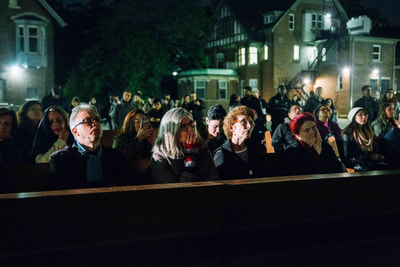 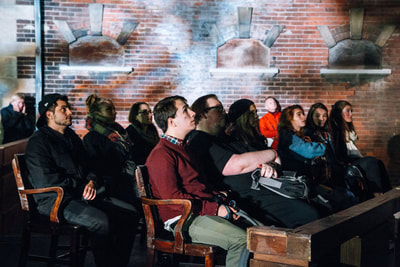 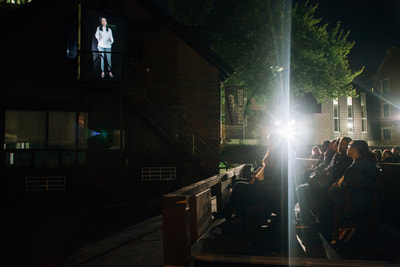 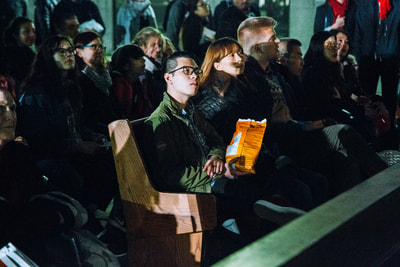 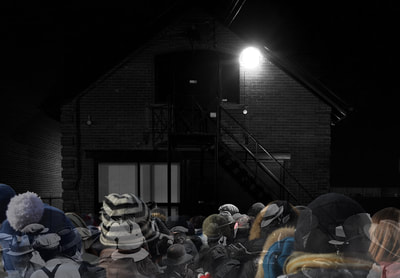